Ana Bonifacio was 16-years old when she decided to join the Red Cross of Timor-Leste, also know as Cruz Vermelha de Timor-Leste (CVTL). “I wanted to be on the frontline, serving my community,” she says. “I saw what my brother was doing as a volunteer and it inspired me.”

Over the past four years, Ana has been supporting various health programmes in the capital city of Dilli, including HIV/AIDS youth-peer education, community first aid and epidemic control. Given the recent dengue outbreak, the work of volunteers such as Ana, is critical.

Since early January 2014, the number of people infected with dengue in the capital of Timor-Leste has increased dramatically. According to the Ministry of Health, more than 160 people were infected, with two cases being fatal. The Red Cross of Timor-Leste with support of the International Federation of Red Cross and Red Cross Societies is conducting a door-to-door information campaign, in partnership with the Ministry of Health and World Health Organisation, in order to increase community awareness and prevent further infection.

Ana is one of 28 volunteers involved in the campaign. Trained on dengue-epidemic control, she shares not only important information on dengue, but she also helps her neighbours clean their surroundings in order to eliminate breeding grounds for mosquitoes.

“I want to continue helping my community, and I want to learn more,” she says. “My hope is that in the future, I can increase my work with CVTL as a staff member, and do more good for those who need it,” she says.

This article was first published in IFRC Websites: http://www.ifrc.org/en/news-and-media/news-stories/asia-pacific/timor-leste/red-cross-volunteers-play-a-key-role-in-dengue-prevention-in-timor-leste-64455/ 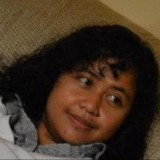 Dewindra love singing and playing all kinds of music instrument. She was born in Surabaya, Indonesia to a loving family of five. At the moment Dewindra is working in Dili Timor Leste for the IFRC.